The Job of a Bounty Hunter 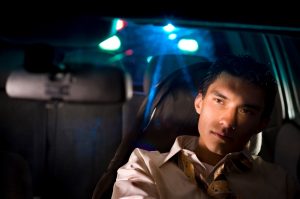 Television shows, movies and novels have presented a skewed perception of what bounty hunters do, portraying them as free-wheeling characters who won’t hesitate to cut corners to achieve results. In reality, bounty hunters, also known as bail recovery agents, are bound by restrictions imposed by federal, state and county regulations. In Texas, bounty hunters are required to be either a peace officer or a Level III security officer of a licensed private investigator. When a represented client skips bail, however, a Dallas bail bonds agency like A Way Out Bail Bonds can begin the process of locating the defendant for restitution.

Soon after a person is arrested, a bail bond hearing is held to determine whether the accused will be released pending trial. The court may require the defendant to post a bond as guarantee that he or she will appear on the scheduled court date. Because most people don’t have the specified amount on hand, particularly in criminal cases, a bail bonds agency can pay the bond for them for a predetermined fee. Collateral may be required from the client as well.

The Consequences of Skipping Bail

Skipping bail allows the court to retain the posted bond until the accused person is again brought before the court. Should this happen, the defendant is required to pay the bail bonds agency the full original bail bond amount. The bail agency has the right to collect any collateral to help recover their losses. In Dallas, the bail bonds agencies also have the right to obtain a warrant for the defendant’s arrest.

Unlike the bounty hunters often portrayed in the media, our bail bond agents are professionals who strive to establish good communication with our clients to ensure that the bail bonds process is fulfilled smoothly and courteously. Because each case is unique, the amount of bond required and the method of payment varies. For more information about bail bond agreements, call A Way Out Bail Bonds today at 214-272-0794.