How to Get Someone Out of Jail by Posting Bail 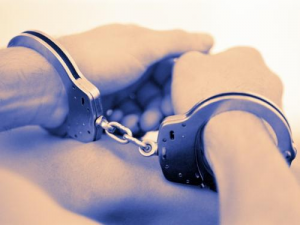 When someone gets arrested and taken to jail, his or her first thought is usually how to get out and how to do it quickly. If you want to know how to get someone out of jail as soon as possible contact us. At A Way Out Bail Bonds, we’re here to help.

How Bail Is Set

Typically, the quickest way to get someone out of jail is to post bail. This is a bond, cash, or piece of property that the arrested person gives to the court as collateral in order to ensure that they will show up in court for their scheduled date. If they don’t show up, the court keeps the bail money and then issues a warrant for the defendant’s arrest.

If you’ve ever wondered how to get someone out of jail, you’ve probably also speculated how the bail amount is determined. Because most people want to get out of jail quickly, most jails operate based on a common bail schedule which places an amount on how long the person has to spend in jail before they can leave. This amount is also calculated on the type of crime that was committed.

The Eight Amendment included in the U.S. Constitution states that bail amounts must not be excessive. What this means is that bail should not be used as a method for the government to raise money from people suspected of committing a crime. Unfortunately, this doesn’t always mean that paying for bail is affordable.

If you need to know how to get someone out of jail but don’t have the financial means to pay for bail in cash, Dallas bail bonds are a viable solution. To find out more about bail bonds and how they can help you get one of your loved ones out of jail fast, contact us at A Way Out Bail Bonds today by calling 214-760-9978.