What to Avoid While on Bond 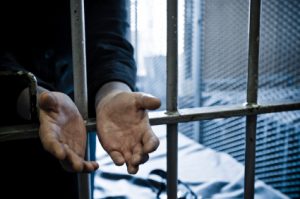 If you have been arrested and are awaiting trial, chances are, depending on the crime in question, the judge will allow you to post bail. In doing so, you ensure your freedom until the trial date. That freedom is something you want to keep, right? Well, there are conditions when you are released on bond. You need to avoid certain situations, including narcotics, that could land you back in a jail cell. Here’s what to avoid while on bond.

First and foremost, if you decide to act out while on bail, the judge is likely to revoke your bail. If that’s the case, you’ll spend the remaining time before trial sitting in a jail cell.

While out on bail, you are not allowed to drink or use any type of drugs for the duration of the period. If you are caught in possession of either substance, the office can and will arrest you and bring you to jail. Even if someone else is drinking in your vicinity and leaves an empty bottle in your kitchen or trash can, you’re responsible. It’s best to avoid the situation altogether.

It’s not just something they say in the movies. While out on bail, you’re not allowed to leave the town or country. The judge may order you to remain within a designated area, such as your neighborhood or town, while the charges are pending. If you are caught leaving this vicinity, the judge is well within their right to revoke bail and put you in a cell until your trial.

It’s important to note that having your bond/bail revoked can be detrimental to your case. The judge and jury do not look favorably upon the offense.