How Much Will My Bond Be From a Dallas Bond Company? 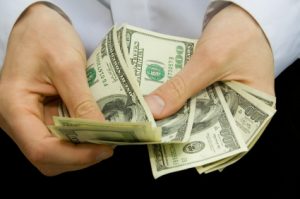 When someone finds themselves on the wrong side of the law, finding a way out is often the first thing that they want to do. A Way Out Bail Bonds is a Dallas bond company dedicated to getting you or a loved one out from behind bars. Unless you are familiar with the bail process, you may be wondering how the cost of bail bonds is determined. We are here to help you understand your options, answer the question of, “How much will my bond be?”  and provide a solution.

How Is Bail Set?

When a person is arrested, a judge will determine the bail amount required for release from jail at a hearing. The judge bases his or her decision on several factors, including the following:

Many states have bail schedules which determine bail amounts based on the type of crime, but some judges may set bail based on their own determinations.

If you or your friends and family are unable to pay the bail set by a judge, you can utilize a Dallas bond company. A bond is posted in lieu of the full bail amount, allowing you to get out of jail without having to pay all of your bail. Bond companies charge a fee for the use of their bonds and can also require collateral.

How We Can Help

Our team at A Way Out Bail Bonds is ready to provide you with the bond you need. The cost of a bond from us is dependent upon the bail amount set in your specific case. We are happy to answer any questions that you may have about the bail process (such as “How much will my bond be?) and our role as the best Dallas bond company around. Give us a call today at 214-760-9978.