Here is How the Bail Bond Process Works in Texas 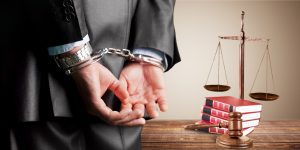 When you or a loved one is arrested in Texas, the defendant is generally taken in for booking at a local law enforcement station. Once arrested, there are several options to secure a quick jail release. For starters, bail is a guaranteed solution. However, the bail bond process is quite complex. There is a lot fine print that needs to be taken into consideration. For example, a is a guarantee that the defendant will appear in court as directed by the judge.

The bond hearing is when you will learn how much bail will cost. During the bail hearing, the judge will listen to the charges and determine where to set the bail amount. Some factors that determine the total bail amount include the severity of the charges, public standing, flight risk, and bail schedules at the time.

Once the judge sets the bail amount, it’s time to speak with a bail bond agent. You’ll want to have as much information available as possible, including the full name of the defendant, their booking number, and the charges.

Finally, once you’re in contact with an experienced bail bond agent, you can post bail by paying the agent’s fee. Often, bail bond agents charge up to 15% of the full bond amount as a fee. You need to come up with this money. You can pay with cash or check, by signing over ownership of property or possessions, or by signing a contract for court appearances.

Once payment is negotiated and underway, the bail bond agent will compile the necessary paperwork and head off to the local jail or holding facility. Here, the agent can post bail for the defendant behind bars. Most often, this process takes no more than a few hours to complete.

If you have any more questions regarding the bail bond process in Texas, please call A Way Out Bail Bonds at 214-760-9978. We ensure a quick jail release in DFW!