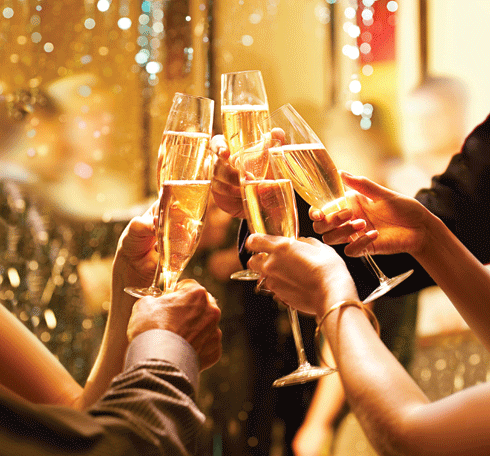 Getting a DUI arrest on your way home from a New Year’s Eve party can put a damper on your holiday season. Educating yourself about the effects of alcohol is one of the best ways to avoid an arrest. Consider these safe drinking tips during your holiday parties, courtesy of A Way Out Bail Bonds.

It’s pretty easy to figure out how many drinks you can have until your judgment is negatively affected. For most people, the intoxicating effect of 80 proof alcohol is based on these factors:

Counter the Effects of Alcohol

Defensive actions that you can take to avoid a DUI arrest include:

If you don’t want to limit your drinking, you are in agreement with many people who drink to get intoxicated. That decision can lead to serious risks to your safety and the safety of others. Law enforcement officers are skilled at recognizing signs of a driver who is under the influence. In anticipation of a potential arrest, make a note of A Way Out Bail Bonds for a Dallas bail bondsman. It’s certain that you’ll need help getting out of jail when your party ends on a sad note.

Taking a few precautions to prepare for a night of drinking can help you get home safely without going to jail. If you do not plan to limit the effects of alcohol, take a moment to put the number for A Way Out Bail Bonds in your cell phone: 214-760-9978. Call us when you need to get out of jail fast.